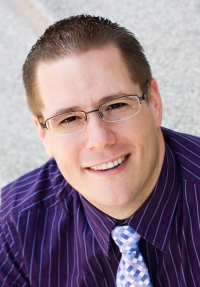 Dr. Kevin Roach is working at our Paradise Valley location. He graduated from Parker University in Dallas, TX, where he learned a wide range of adjusting techniques that have allowed him to tailor his adjusting style to each individual patient. While there, he earned his Doctor of Chiropractic Degree, along with a Bachelor’s of Health and Wellness and a Bachelor’s in Anatomy. With several years of high volume adjusting behind him, Dr. Roach has developed a particularly effective method of analyzing and diagnosing the patient to get to the cause of their problems. With his patients ranging in age from a few days old to 90+, Dr. Roach is able to adapt his treatment style to each person’s particular needs.

After graduating from Parker, he spent the next few years in Utah working at an established chiropractic office and branching out on his own, both seeing patients in his own office and doing mobile chiropractic work in Park City. After that, Dr. Roach moved his family back to Arizona, where he and his wife are both originally from and still have lots of family, with plenty of cousins for his son to play with!

It was during high school football where Dr. Roach suffered multiple injuries, including two moderately severe traumas to his neck and lower back. This experience helped him decide to go from injuring people’s backs (including his own) to fixing them. Although he was originally on the path to become a physical therapist, once he was exposed to the overwhelming good that he could do helping people through chiropractic care, he changed directions and hasn’t looked back.